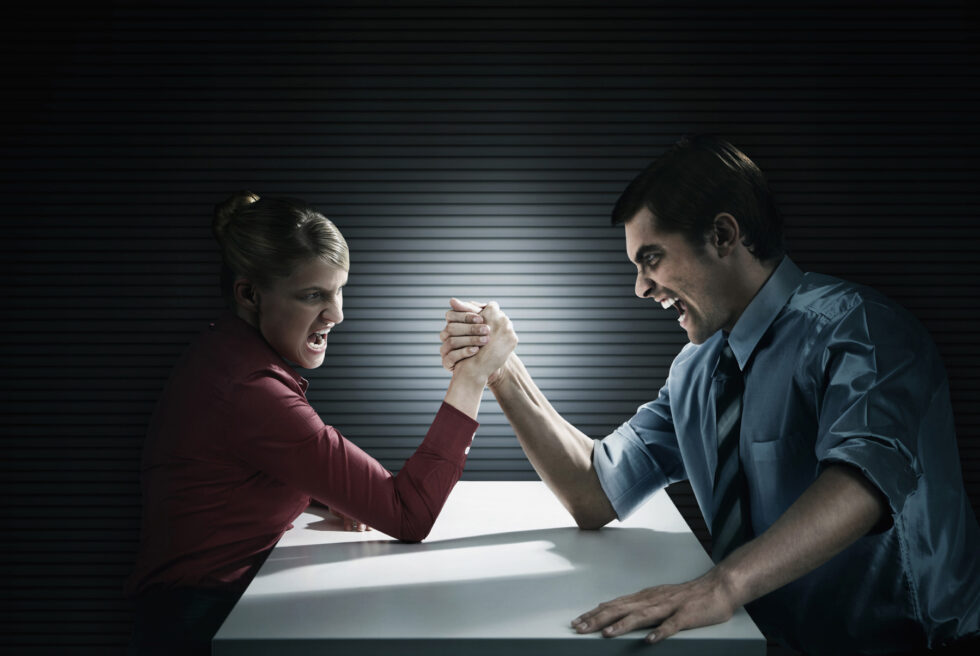 Feminists Do Not Want Equality

Dear 20, 30, or 40-something Christian woman, having spent a good portion of these years myself in the world and unsaved, I know something about feminism. I may have even considered myself a feminist at one time. I certainly shared your disdain for the glass ceiling. I too, fought against the feeling of being held down by the giant thumb of male dominance. I would use any means to manipulate and control men because it made me feel powerful.

Now an older and wiser woman, I have learned something. Please, I’m begging you to listen.

You don’t realize this but you do not want that for which you fight.

You have been deceived into believing a lie. You think that you need to war against something to your gain. The thing you’re demanding will be the very thing you come to despise and that is, man’s submission to woman.

Oh, I know, when I say it that way, it sounds absurd.

But the reality is, it’s the exact thing that the enemy wants and he is using deception to get it. Feminists are unknowingly fighting his battle for him. Watch television and movies, you’ll even see it there. Men are made to look like buffoons by strong, intelligent female characters. And we laugh or think it’s normal. The hardcore feminists today mistakenly believe that man’s emasculation is in a woman’s best interest.

Don’t be tricked into this belief too. Christian women are called to a higher standard. We are called to be set apart, different from those who do not know the Creator.

Scripture clearly says that the woman is to submit to man in context of specific relationships, i.e. wife to husband, daughter to father. Now, just because I’m pointing this out doesn’t mean I was happy when I first read it. No, I had to pray that God would show me a way to swallow what seemed like a bitter pill. I remember, after literally years of struggling with this truth, hearing God say to look at it like this –my husband Julian is responsible for me, to guide, provide, and love me like Jesus loves his bride, the Church. He will stand before God one day and give account for how well he did. It’s a great responsibility. God would not give this responsibility to a buffoon.

God changed the way I looked at submission. I’m comforted by it now, it’s a blessing really. I mean when you really think about it, much of the deception in this world since the time of Eve, has first been accepted by women. Wow, that made a few of you mad. Sorry, not sorry because it’s true. Many of us view and understand things emotionally unlike the average man who sets emotion aside when making decisions. We all know they tend to compartmentalize better than women, it’s why we’re better multi-taskers. I think it was the old television show Dragnet that made popular the line, “Just the facts, ma’am.” Meaning, many of us have a habit of viewing situations through skewed emotions and then try to make others see things our way.

Now the scripture also says that there is no longer male or female, regarding hierarchy in the kingdom, for you are all one in Christ Jesus. (Galatians 3:28) So, as a Christian, if equality is what you claim to want, you are fighting for something that Christ has already won for you. In the heavenly kingdom, God’s Word clearly says we’re all equal and His Word is all that matters.

Here’s another thing, look at this scripture:

Who, being in very nature God, did not consider equality with God something to be used to his own advantage;
rather, he [Jesus] made himself nothing by taking the very nature of a servant,
being made in human likeness.
And being found in appearance as a man,
he humbled himself
by becoming obedient to death—
even death on a cross! — Philippians 2:6-8 (NIV)

If Jesus did not consider equality something to be used to his own advantage, we certainly shouldn’t.

Let’s stop fighting for the equality God has already given us. Let’s stop placing the emphasis on our equal rights because really what rights does anyone have who has been bought and paid for by the blood of Christ? It’s obvious by the example Jesus set that dying to self is where our efforts should be placed because that is where the true power resides.

On a side note, I was pondering this thought the other day.
Consider this:
Authority is confident. Confidence is sexy.
Authority is powerful. Power is sexy.

Therefore, authority is sexy and let’s admit it, it’s a turn on. Women are often drawn to men in positions of authority.

I just wonder if we can have a holy version of this authority “turn on” in our own marriage relationships?

Now don’t roll your eyes at me and then go pick up your copy of 50 Shades of Grey when you’re done reading here. While millions of women, many who identify as Christian, are getting turned on by these books, in their own homes they’re often unthinkingly tearing down the authority of their husband.

Isn’t it time Satan stopped ruining marriages by deceiving us? God’s Word is brilliant, worth obeying, and actually what is in our best interest!