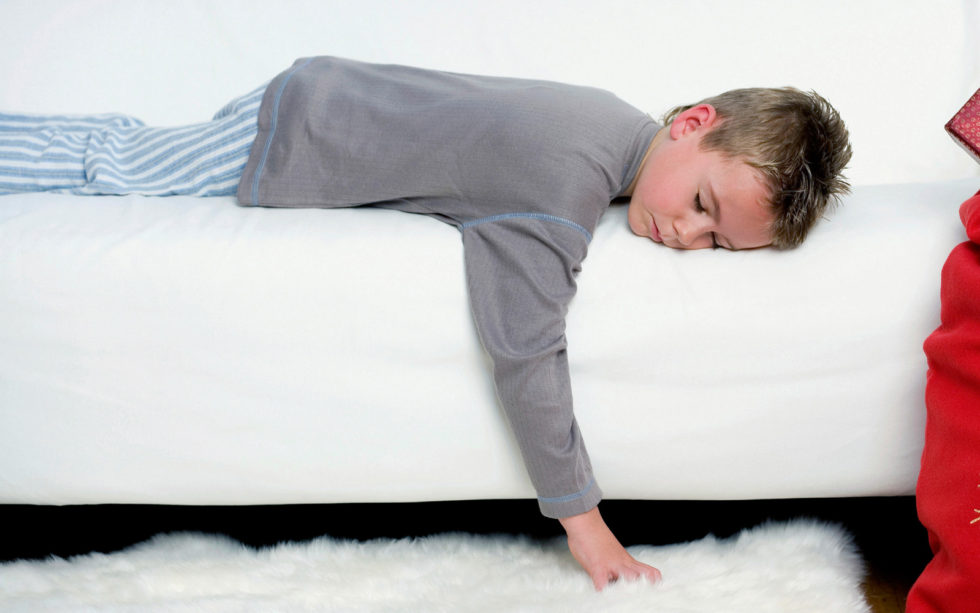 A couple of years ago, I was lying next to him in bed as I had so many times before. It was nap time and since my sweet little two-year-old grandson had been moved into a big bed, lying down with him had become our daily routine.

We always prayed, then I would remove his hearing aids, and finally, we would hold hands as he drifted off into dreamland. At the time, I watched my grandbabies, both Bear and his little sister Mila, three days a week while their parents worked. Often while lying there, with an obvious intent to delay the inevitable, Bear would try to start a discussion. And this, always with his hands.

Once his hearing aids were out he almost always refused to use words. He’d been learning sign language since his hearing loss was discovered as a baby and his vocabulary far exceeded mine. That day was different though, he spoke, “I need a ’tisu’, Ama.”

As I handed him a tissue, I contemplated this change. Why was he speaking today? I felt like God was opening my eyes to a revelation about the value of trust. Bear needed to trust that what he learned when he could hear himself and others speak was still the same when he couldn’t. With his hearing aids out he was walking by faith as he spoke.

God showed me that it’s the same with us. As His children, we will learn from Him and His word when we are walking in the light and everything in life is good. Then at times, we may enter into His silence that feels like darkness, and we must continue to trust. We have to be fully convinced that what He spoke and what we heard is still true and will carry us through.

You know, as we parent our children that’s exactly what we ask of them. What we teach them when we are with them is what they are expected to display and live out when they are on their own. As they see us live out this same child/parent relationship with our Father in heaven they learn what it should look like in their life. They learn what trusting a parent enough to obey when they don’t seem to be near looks like. They also learn by our obedience to our Creator that God can be trusted because he who trusts in the Lord will never be put to shame. And most importantly they learn from obeying and trusting us, how to do the same with God. We have to take the time and make the effort to teach them to obey us so that obeying God becomes second nature.

God doesn’t use fear to parent us. He doesn’t scare us into obeying. In fact, His word tells us in 2 Timothy 1:7 that He has not given us a spirit of fear. Parenting works best on a foundation of love and trust. Both our parenting and the Father’s. We can and should learn everything we need to know from His perfect parenting techniques. Our Father in heaven designed our relationship with Him to be a display of the perfect parenting paradigm.

Parenting begins and ends with a firm foundation of love and obedience.